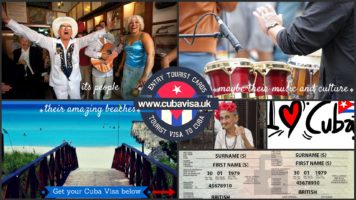 Hemingway and his Love for Cuba

Ernest Hemingway has earned the respect not only with the Cuban nationals but also with the rest of the world because of his particular writing style and character. His books gained a strong influence in the later generations. He not only accepted Cuban life but valued the tradition, the culture, and the people so much that most of his books are inspired by Cuba’s beautiful and exotic heritage. Called by Cuban kids Papa Hemingway, it seems that the admiration between Hemingway and Cuba was reciprocal.

The route of Hemingway explains so much about Hemingway’s love for Cuba. The town of Cojimar is a small fishing place where Hemingway loved to spend time with the local fishermen and his boat Pilar every sundown. It also served as his inspiration for his book, Old Man and the Sea. Exploring the streets of Old Havana, is one way to start visualizing how Cuba was at the time when Hemingway fell in love with the place. His presence is felt even outside of Havana, at Finca Vigia and across the town of Cojimar. A lifesize bronze statue is also in place in El Floridita Bar where Hemingway enjoys his favorite Daiquiri along with his favorite plate of mouth-watering seafoods, a platter of lobster, shrimp, and fish.

The Lookout Farm or Finca Vigia was his home since 1939 to 1960. Until this moment, the Cuban government has managed to maintain its upkeep. Maintaining it pristine, as though the time did not pass by. Visitors to Museum Hemingway commonly would say they can imagine Ernest sitting by his bedroom right at his typewriter making another masterpiece. Hemingway has grown fond of Cuba and immerse himself in the Cuban life, amicable as he was He used to invite locals to play baseball on his land. Hemingway had a room at Hotel Ambos Mundos now converted into a memorabilia room, it was in this room where he wrote The Old Man and the Sea, A Moveable Feast and Islands in the Stream When visiting Cuba, you should never miss the opportunity to scratch a bit more to find indulging stories about its past. If you even more adventurous travel to Finca Vigia with a classic American car and let your senses tell you what it was like to travel in such manner back then. You can also come by at La Terraza bar in Cojimar where Hemingway loves to spend time with after fishing. Right across it is a memorabilia is also made for Hemingway made by local fishermen who loved him dearly.

For many years, Hemingway’s presence lingered in Cuba. From his home, his favorite daiquiris, and paladar–up to this moment, each has given much respect for Hemingway with memorabilia, souvenirs, posters, signage, and graffiti. One might wonder why the Cuban people have given so much importance to Papa Hemingway, but only until you set foot and see for yourself then you can fully understand how special and amazingly bizarre Cuba is in Hemingway’s perspective.